Don't miss this:
Lessons From A 44-Year Career In Construction 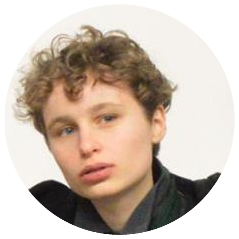 By: Charlie Hann for M.O.B.™ Editorials

Pip Buunk has had a fulfilling career, working in New Zealand on some landmark projects and—as New Zealand’s first registered woman driller—honing her drilling skills for close to two decades.

Pip knew she wanted to be a driller from a young age. Her parents owned a drilling company, her father was a driller and her mother helped out on-site. So, she knew that it was a career option despite never being encouraged to pursue the profession herself. However, Pip ignored suggestions that drilling was not the right career for a girl and insisted on getting drilling experience during school holiday breaks as well as taking several modules of a drilling course. By the time she was only 16, Pip was hooked! The very day after she finished high school, she began her journey into drilling full-time at the age of 17.

This was the beginning of her now 16-year long career full of accolades and recognition for breaking down barriers for women in construction. One of which includes winning a scholarship to get her drilling certificate through the New Zealand Driller’s Federation.

This was the beginning of her now 16-year long career full of accolades and recognition for breaking down barriers for women in construction. One of which includes winning a scholarship to get her drilling trade certificate through the New Zealand Driller’s Federation. More recently, she went on to receive the coveted Inaugural NAWIC (National Association of Women in Construction) Tradeswoman of the Year Award in 2018. Determined to help other women find successful pathways into trade careers, Pip, a senior driller and forewoman, became a board member of Women in Trades NZ, social media manager, and chair of their Tradeswomen sub-committee. She took an active role in Women in Trades’ recruitment interviewing other successful female tradies, as well as promoting women in trades on her personal social media pages.

However, despite making phenomenal progress for women’s work, she was not invulnerable to common obstacles for tradeswomen. Working as a driller, Pip was exposed to constant gender-based bullying, harassment, and even assault, which profoundly affected her mental health. Although she has goals of one day leading an all-female drilling crew, Pip eventually made the difficult decision to take time away from her love of drilling. Now, having switched gears to another part of the construction industry, she has found new opportunities as a senior technician for a very reputable engineering company where she is respected and her voice is heard.

Pip has kept up her “can do” attitude throughout all her adversities—thanks in part to her hobbies. She enjoys running and powerlifting—even taking first place in last year’s GPC-NZ Auckland Championships. She also collects plants and rocks and loves to hike and ski in the winter.

With so many moving parts in Pip’s busy schedule, we were fortunate enough to catch up with her! She graciously made time to discuss the importance of workplace culture in the professional development of women, the challenges that she has experienced personally, and her path to finding a positive environment in her new role with Mainmark Ground Engineering. Here is what she had to share…

THERE’S A LOT OF SURFACE-LEVEL EFFORT TO GET WOMEN INTO THE CONSTRUCTION INDUSTRY IN NEW ZEALAND BUT YOU HAVE SAID THAT HARASSMENT IS STILL A PROBLEM IN MANY WORKPLACES. WHAT DO YOU THINK WE CAN DO TO MAKE THE NZ CONSTRUCTION INDUSTRY BETTER FOR WOMEN? DO WE NEED MORE LEGISLATION ON HARASSMENT, CAN IT BE SOLVED WITHIN THE INDUSTRY OR DO WE NEED A FUNDAMENTAL CHANGE IN HOW WE VIEW GENDER ROLES IN NEW ZEALAND?

Pip Buunk: I feel that on the whole, the legislation and policies of individual companies tend to be fairly solid. Although the knowledge, understanding, and implementation of these from CEO level to the first-day apprentice definitely have room for improvement across the board.

I know women who have completed their apprenticeship and are well into their careers without experiencing any issues, but I know others who are still struggling with ongoing bullying/harassment, lack of equal opportunity, threats, and assault. Sexual assault, either in the workplace or by workmates, is also still a reality for some women I know personally. I feel that acknowledging and addressing these issues will really open the space for more women to feel welcome in traditionally masculine fields, and also make for a safer, more comfortable workplace for everyone.

PB: My personal struggles in the past with anxiety and PTSD directly relate to periods of repetitive bullying and harassment or assault in the workplace. These were times that I found it near impossible to get the offending behavior acknowledged and remedied, let alone trying to get appropriate support while still having to work alongside these people after reporting them, and being told they won’t be held accountable for their actions. It can be a really rough and lonely ride when all you want is to do the job you love.

I’ve lost friends in the industry to suicide, and at one point I was in such an incredibly dark place because of what was going on at the time and the absolute lack of support and upholding of policy around the situation, that I truly felt I  understood what can drive people to feel that taking their own life is an option just to make it all stop.

I’d like to see more education on what constitutes bullying and harassment, both at the government level and in individual companies, and to foster an industry culture where it’s OK to take 5 if things are getting crazy and you need a breather; it’s not OK to unleash that pressure onto your peers. I would like to see more companies acknowledge this as an OH&S issue (some already do), and treat it as such, and take meaningful and timely action when issues arise.

Organisations like Mates in Construction are a welcome addition to the industry, opening the conversations and getting the ball rolling on a long-overdue change in perception and acceptance, and working to get more industry leaders working to move forward in this space.

DO YOU THINK THERE IS A STIGMA OF MENTAL ILLNESS IN NEW ZEALAND?

PB: Nowhere near as bad as there used to be, in my opinion, but my perception on that could be skewed by the fact that at some point a few years ago I stopped caring if I was going to be judged for not being OK on a given day. I now find strength in the support I receive from friends, family, workmates, and even random people on social media when I decided to be open about the situations I was in and how they were affecting me.

DO YOU FIND AN ADDED BIT OF PRESSURE BEING A SPOKESWOMAN FOR WOMEN IN CONSTRUCTION (SPECIFICALLY DRILLING)?

PB: A little!!—I think finding the most appropriate way to use this platform has been the biggest challenge. On one hand, I want more women to feel that they can chase their dreams and do whatever career strikes their passion. On the other hand, I’m always conscious that I don’t want to get stuck only telling half a story; sometimes I do need to touch on the not so great side of getting into a traditionally masculine space that may not be ready to evolve into somewhere that a female would feel physically and psychologically safe. Finding the appropriate space and getting the support to speak openly about both the up and downsides has definitely been a challenge.

COULD YOU TELL US MORE ABOUT THE COMPANY YOU WORK FOR NOW AND THE IMPORTANCE OF A HEALTHY WORK ENVIRONMENT?

PB: I now work with Mainmark Ground Engineering who were a favourite client of mine six to seven years ago when the company I was with was subcontracted to carry out geotechnical testing at various projects, such as the Northwood Supa Centa and Red Zone Trials in Christchurch, New Zealand.

We use a range of techniques to inject either cement or resin-based product mixes into the ground below a building or structure to re-level and/or strengthen and support the foundations below the surface.

I had a good idea of the company and culture from previous collaborations, so I was pretty excited when I was offered an interview and, after a few weeks, a position as a technician.

It’s been a huge learning curve starting fresh with something totally different, but the team has been awesome to learn from and there’s a kind of “safe” feeling while at work, which is awesome for my mental health, and definitely in contrast to some of my past experiences.

WHAT IS YOUR ADVICE TO YOUNG WOMEN WHO ARE STILL SEARCHING FOR THEIR PLACE WITHIN THE INDUSTRY?

PB: Keep looking until you find your spot! I genuinely loved what I did for 17 years; the work, the travel, for the most part, the people I worked with. I have so many guys that are like brothers to me now (and my parents have accepted that they have a whole bunch of “bonus sons”, some of whom now work for my Dad, which is really cool). I’m grateful for the experiences good, bad, and grout-based that brought us together. I never quite found the right spot for me to be happy long-term in the drilling industry, so I moved on and I don’t regret it. I feel like you can’t be scared to step into something different and give it a shot. There are organisations like Women In Trades NZ who can put you in touch with someone in the same trade so you can ask any questions you have before you decide to take the leap. You never know you might like it more than you expected!

*All photos courtesy of Pip Buunk

A true advocate for women in construction, you can contact Pip my sending her over an email at: wahine.driller@gmail.com or contact her through the Women In Trades website. 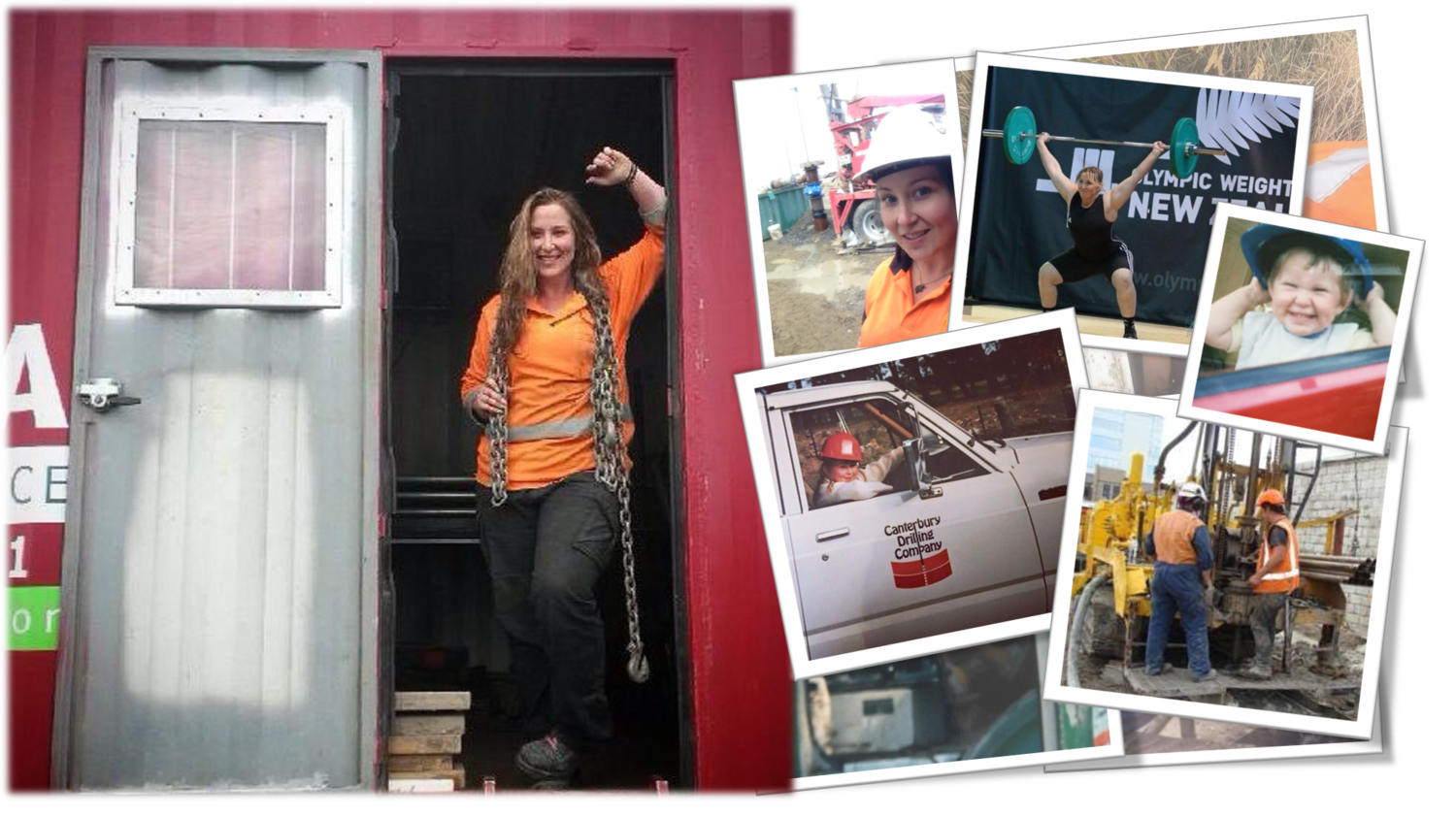 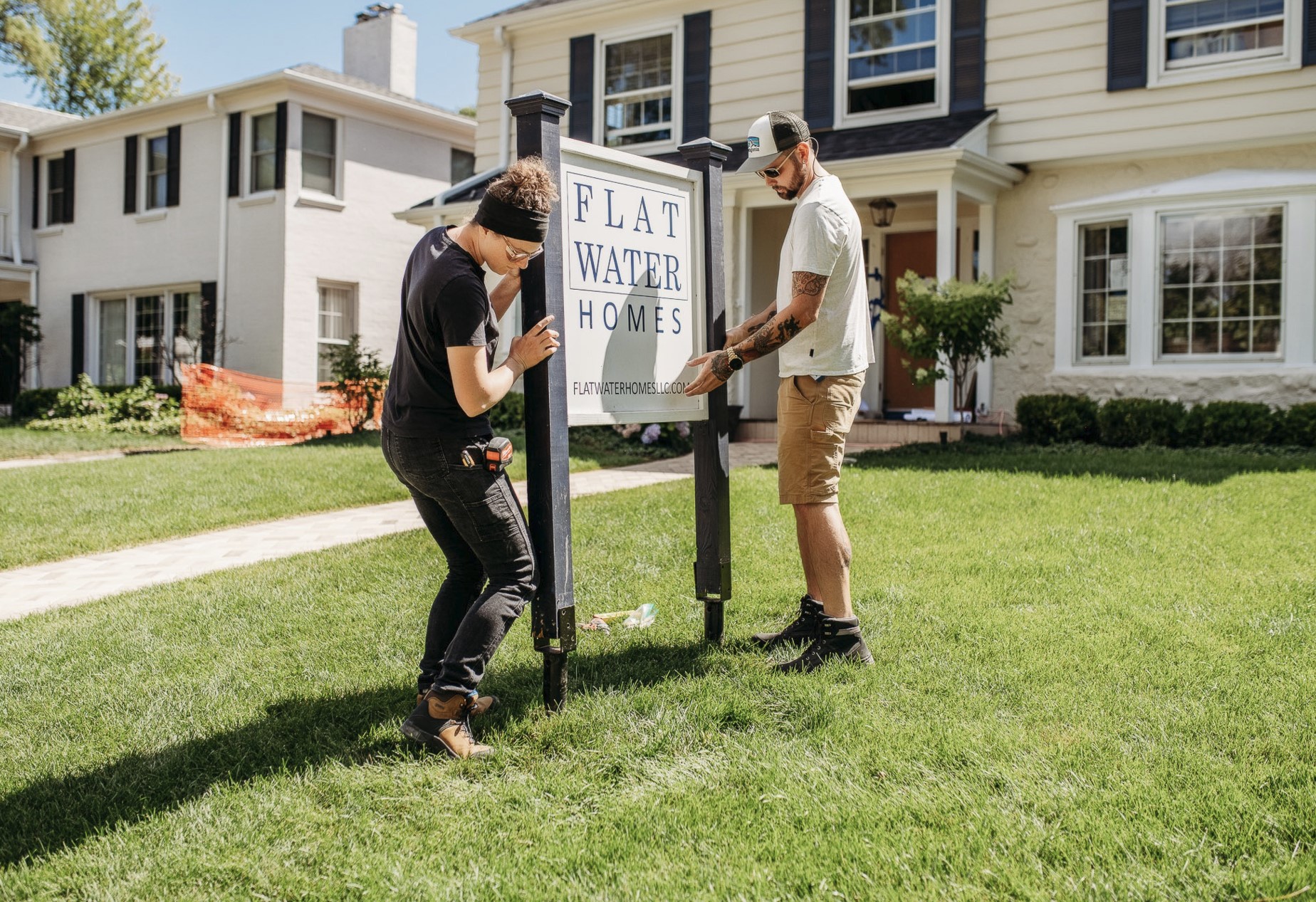 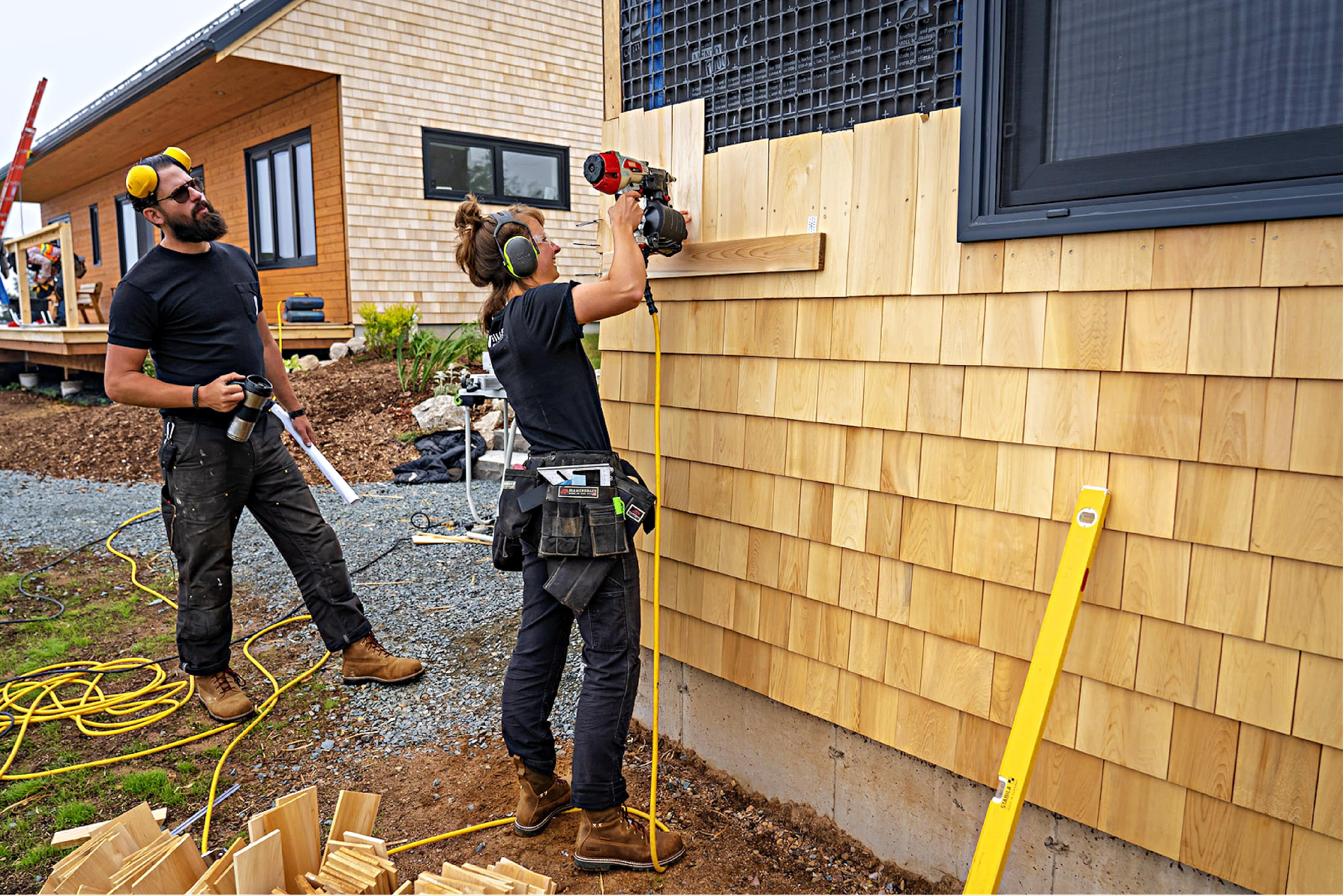 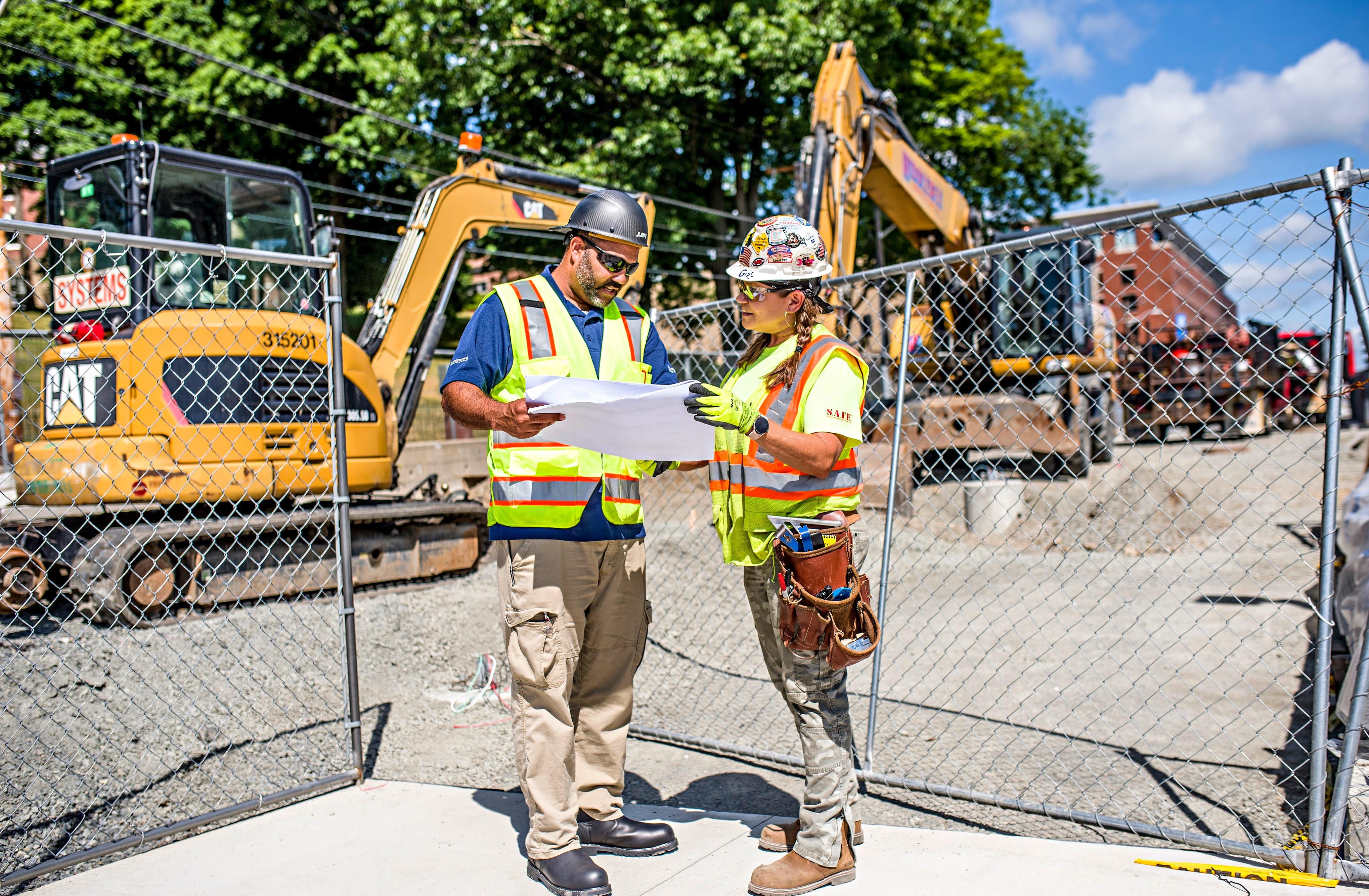